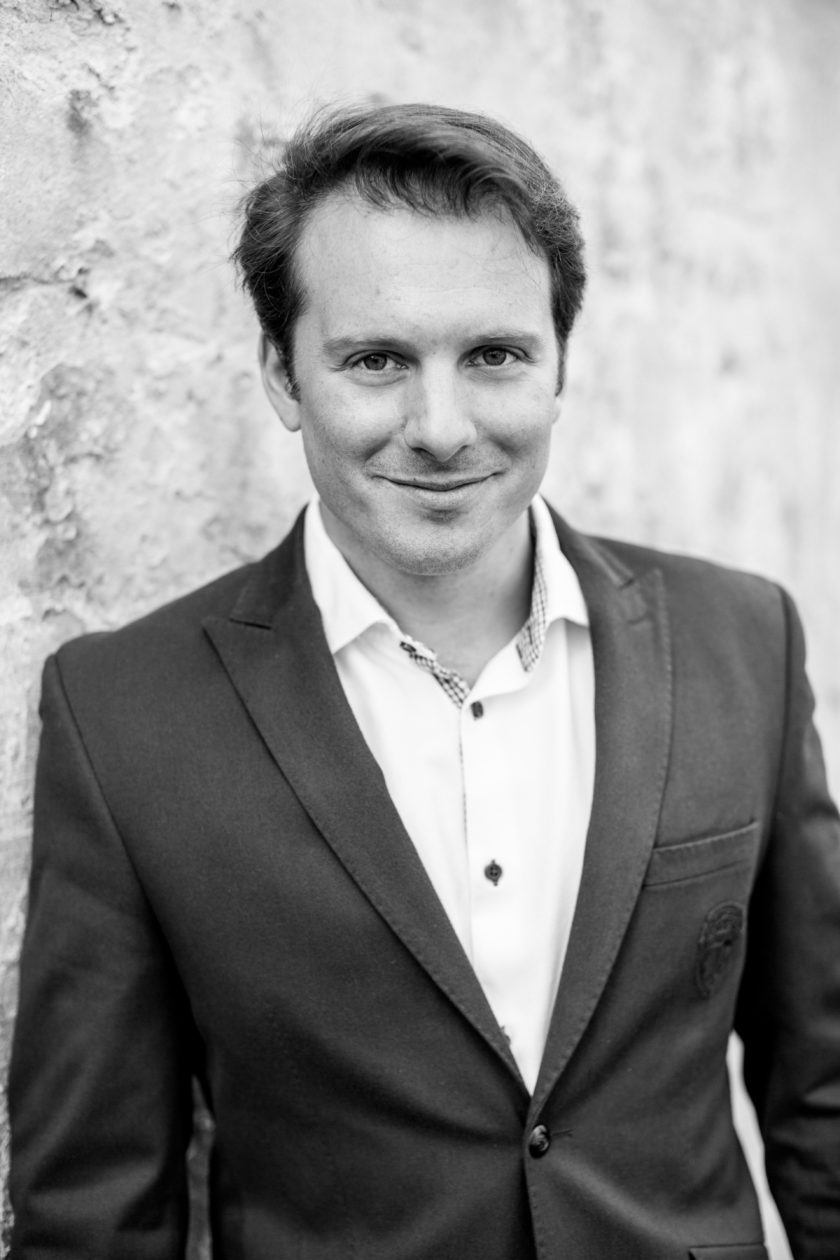 The Dutch singer Jacques de Faber (1985, Houston) started singing at a young age in the Rotterdam Boy’s Choir. He came in touch with opera and sang as a child in several operas in the Ahoy in Rotterdam.

Subsequently he began at the Jeugdtheater Hofplein, where he sang many solo roles in operas translated for Dutch youth, such as Radames (Aida), Count Almaviva (Il Barbiere di Sevilla), Macbeth (Macbeth) and Don Giovanni (Don Giovanni). At the youth theater he came in contact with Wolfgang Küssner who prepared him for the conservatory, however he first graduated at the HALO (Sports Academy The Hague). He was admitted to the conservatory in Maastricht in 2008, where he graduated in the class of Axel Everaert in 2014. From September 2012 until august 2013 he attended the conservatory of Santa Cecilia in Rome (Italy) as an Erasmus Exchange student, where he studied with Anna Maria Ferrante. From 2014 he studied with Jon Thorsteinsson as a masterstudent at the Conservatory of Utrecht to grow into the tenor-register.

During his studies Jacques started working as a singer in the choir of Opera Zuid, but was soon promoted as a soloist in the house ensemble. Past seasons he sang several roles, such as ‘Alvarez’ in Barbe-Bleue (Offenbach), Kuligin’ in Janacek’s Katja Kabanova, ‘First Priest’ in Die Zauberflöte (Mozart), ‘Yamadori’ in Madama Butterfly (Puccini), ‘Douphol’ in La Traviata (Verdi), ‘Dancairo’ in Carmen (Bizet), Dr. Blind in The Fledermouse (Strauss jr.), ‘Un Servo di Amelia’ in Un Ballo in Maschera (Verdi) and ‘Max’ in Fantasio (Offenbach). Jacques also worked for Brussels Operette Theater, where he sang ‘Professor Würmchen’ in Der Vogelhändler (Zeller), the Velser Opera Choir Bel Canto where he sang ‘Il Messaggero’ in Aida and ‘Malcolm’ in Macbeth (Verdi) and Limburgs Symfonie Orkest. At Nederlandse Reisopera he sang the third man in Sweeney Todd (Sondheim), ‘Ein Offizier’ in Ariadne auf Naxos (Strauss) and ‘Giuseppe’ in La Traviata (Verdi). For M31 Foundation and Nederlandse Reisopera he sang ‘Der Soldat’ in Der Kaiser von Atlantis (Ullmann). For BarokOpera Amsterdam he sang ‘Cleon’ in L’Ivrogne Corrige (Glück) and ‘Ivanov’ in Zar und Zimmermann (Lortzing). For Opera Nijetrijne he sang ‘Orlando’ in a Dutch adaption of Orlando Paladino (Haydn) and ‘Plistene’ in La Grotte di Trofonio (Salieri).

In the season of 2019-2020 he will sing ‘Monostatos’ in Die Zauberflöte (Mozart) at Opera Zuid and Dr. Zuster in Bruid te Koop (Dutch translation of Die Verkaufte Braut, Smetana) at Nederlandse Reisopera.